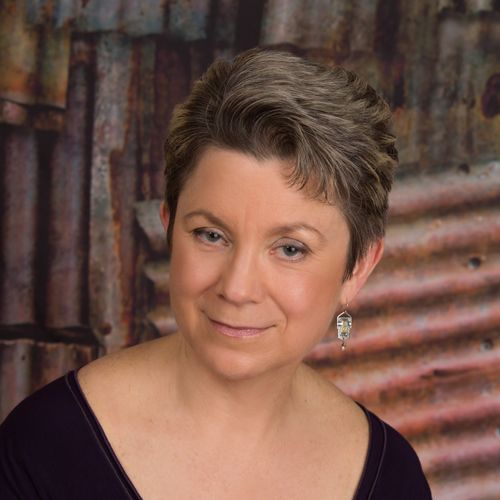 Composer-synthesist Meg Bowles (b.1957) began her musical journey as flutist and completed formal studies in classical music performance at both Northwestern and Boston Universities.  Upon her graduation from Boston University in 1979, she chose to embark upon a career in investment banking, and eventually earned an M.B.A. in finance from Columbia University in 1984. After working as a derivatives trader for several years, she left the investment banking field in 1992 to devote more time to pursue advanced studies in shamanism, Jungian psychology, and psychoanalysis, and to create and produce electronic space music.Meg's first two CDs, Inner Space and Solstice Dreams, were released in 1993, followed by critically-acclaimed Blue Cosmos in 1996.  During those years she developed a musical association with David Bilger, Principal Trumpet of the Philadelphia Orchestra, which resulted in several commissioned works for trumpet and synthesizer.  The first of these commissions, Night Sun Journey, was premiered by Mr. Bilger at the 1996 International Trumpet Guild Brassfest, followed by the premiere of Places Where Rivers Meet at Washington National Cathedral in 1997. These pieces and other works for trumpet and synth are included in the CD From the Dark Earth (1999), with David as the featured soloist.

In addition to receiving airplay on various syndicated programs such as Echoes and Music from the Hearts of Space, Meg's work has appeared on two compilation albums - The Other World (Hypnos Recordings) and Soundscape Gallery 2 (Lektronic Soundscapes), both released in 1998.  Meg also contributed the opening and closing soundscapes for the Zodiac series of recordings, a 12-CD classical crossover set released in 1999 by Angel/EMI.

Her fifth CD, A Quiet Light - a collection of six contemplative ambient works which explore reflections of the numinous in nature - was released in 2011, followed by The Shimmering Land in 2013, which was voted Best Ambient Album by Zone Music Reporter.  Her co-producer and mastering engineer for all of her recordings is her husband Richard Price, a Grammy award-winning producer, mastering engineer, and president of Candlewood Digital LLC, a classical music recording company based in New Fairfield, Connecticut.

Meg's newest CD, Evensong: Canticles for the Earth (2018) is a meditative reflection upon the ritual spaces of evening, both light and dark, and a tribute to the beauty of planet Earth.

In addition to her work in electronic music composition, Meg is a licensed psychoanalyst and member of the National Association for the Advancement of Psychoanalysis, and has cultivated a private practice specializing in creativity and trauma.  She lives in Connecticut with her husband Richard, their daughter Hannah, and their two Akitas.